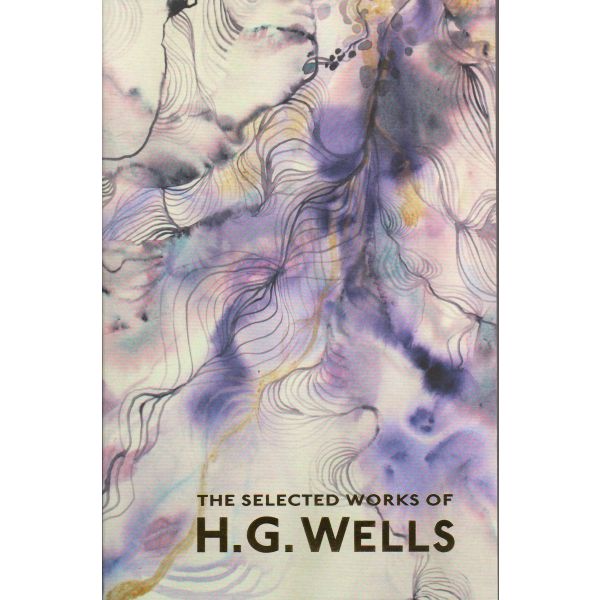 THE SELECTED WORKS OF H.G. WELLS

Няма наличност
ISBN
9781840227451
Бъдете първият оценил този продукт
18,50 лв.
Уведомете ме, когато този продукт е в наличност.
Добави към Списък с желани продукти Добави за сравнение
This is certainly a collection of the very best of H.G. Wells and we encourage you to devour them, and above all to enjoy the mercurial talent of this most original and precocious writer.

This is certainly a collection of the very best of H.G. Wells and we encourage you to devour them, and above all to enjoy the mercurial talent of this most original and precocious writer.

H. G. Wells is often referred to as ‘the father of science fiction’ and this compendium of his stories contains two of his most well-known works in the genre, The Time Machine (1895) and The War of the Worlds (1897). In addition, the reader is treated to some stories of truly extraordinary dimensions: The Island of Doctor Moreau (1896), The Invisible Man (1897), When the Sleeper Wakes (1899), The First Men in the Moon (1901) and The Food of the Gods and How it came to Earth (1904). But Wells’s phenomenal imagination ranged far and wide and thus we have included here two works of comic social realism, Kipps (1905) and The History of Mr. Polly (1910), stories that resound with Edwardian dreams, frustrations and triumphs.

Wells is such a brilliant storyteller that well over a century after their publication, all of these texts are as fresh and compelling to us today as they would have been when his initial readers first turned their pages, often in astonishment and frequently in amusement.

Herbert George Wells was born in Bromley, Kent, England, on September 21, 1866. His father was a professional cricketer and sometime shopkeeper, his mother a former lady's maid. Although "Bertie" left school at fourteen to become a draper's apprentice (a life he detested), he later won a scholarship to the Normal School of Science in London, where he studied with the famous Thomas Henry Huxley. He began to sell articles and short stories regularly in 1893.

Henry James saw in Wells the most gifted writer of the age, but Wells, having coined the phrase "the war that will end war" to describe World War I, became increasingly disillusioned and focused his attention on educating mankind with his bestselling Outline of History (1920) and his later utopian works. Living until 1946, Wells witnessed a world more terrible than any of his imaginative visions, and he bitterly observed: "Reality has taken a leaf from my book and set itself to supercede me."