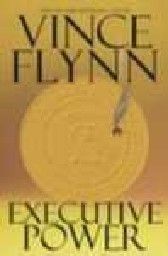 Няма наличност
ISBN
9780743450652
17,90 лв.
Добави към Списък с желани продукти Добави за сравнение
Packed with likable characters and undergirded by an in-depth understanding of...
Packed with likable characters and undergirded by an in-depth understanding of the tangled politics of the 21st-century Middle East, Flynn's latest spy thriller (after the bestselling Separation of Power) can rightly be termed a post-September 11 espionage novel. Mitch Rapp is the CIA's number one assassin, recently lauded by the president as the single most important person in America's fight against terrorism. Recently married to a high-profile anchorwoman and given a desk job, Mitch is having a hard time settling into the brain center of the CIA and giving up the gritty end of operations. He can't seem to resist seeking hands-on involvement in his latest assignment: unraveling a murky plot to create a Palestinian state. A mysterious operative, David, plans to assassinate the heads of the major terrorist groups in the region and pin the deaths on Israel, simultaneously creating sympathy for the Palestinian cause while striking a fatal blow against terrorism, which he despises.
Нови книги от тази подкатегория