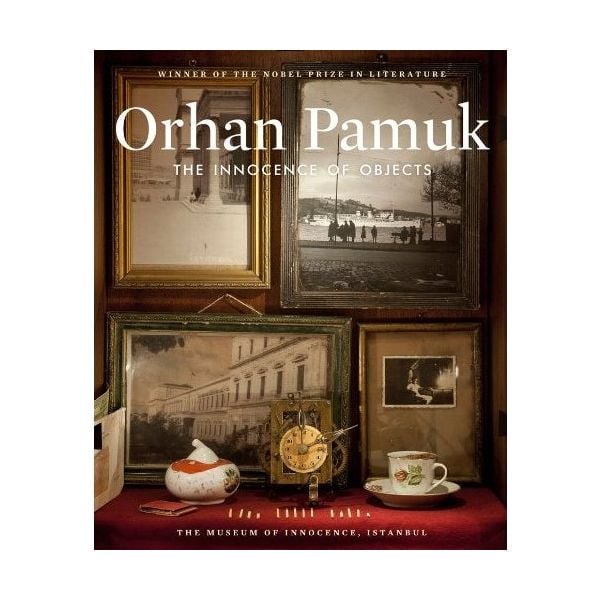 THE INNOCENCE OF OBJECTS

Orhan Pamuk's "Museum of Innocence" in Istanbul is the culmination of decades of omnivorous collecting that seeks to capture the city of Pamuk's youth through everyday objects: The ephemera, bric-a-brac, and clutter that adheres to every life. These particular objects are intimately tied to The Museum of Innocence, Pamuk's novel of lost love, which lends its narrative structure to their arrangement in the museum. Eighty beautifully designed vitrines, or boxes, carry the visitor along the arc of the story, on a journey through time and space as well as into the mind of the collector himself, ambiguously identified with both Pamuk and his novel's lovelorn narrator.

"The Innocence of Objects", Pamuk's catalogue of his museum, explores the many meanings of this remarkable project. While it offers a rich visual guide to the exhibitions, it also allows Pamuk to write about things that matter deeply to him, including the psychology of the collector, the proper role of the museum, the uses of photography in modernising societies (illustrated with Pamuk's superb collection of haunting photographs and movie stills of old Istanbul) and of course the customs and traditions of his beloved Istanbul. The book's imagery is equally evocative, ranging from the pop ephemera that has become "collectible" throughout the chronically nostalgic developed world to the superb photographs of Turkish photographer Ara Guler.

Combining compelling art and writing, "The Innocence of Objects" is an original work that will appeal to readers with a wide range of interests.