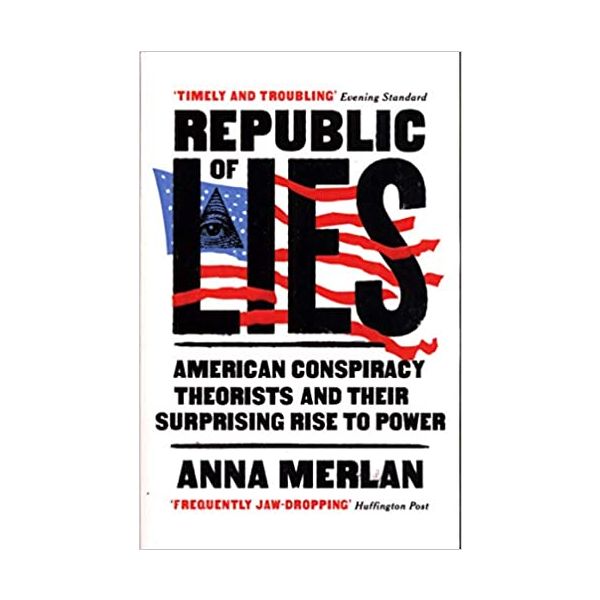 REPUBLIC OF LIES: American Conspiracy Theorists and Their Surprising Rise to Power

From UFOs to the New World Order, the inside story of how conspiracy theories won over America.

In November 2017, a serial climate change denier and anti-vaxxer was elected President of the United States. The rise of Donald Trump marked the beginning of a new American epoch: the age of the conspiracy theorist.

Now, Anna Merlan goes undercover in America's sprawling network of conspiracy theorists. She meets the UFOlogist who claims to have travelled to Mars with Barack Obama. She chats with the 'pizzagate' truthers who think Washington, DC's favourite pizzeria is run by a satanic paedophile ring. And she bumps into Alex Jones, the YouTuber who thinks the state is using chemical warfare to turn the population gay.

Merlan reveals a world of propaganda lying just beneath the surface of US culture. It might just help explain the political turmoil of our time.