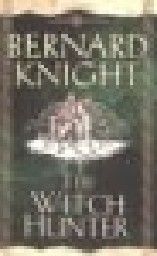 Няма наличност
ISBN
9780743449892
17,90 лв.
Добави към Списък с желани продукти Добави за сравнение
Exeter, 1195. When a prominent burgess and guild-master falls dead across his...
Exeter, 1195. When a prominent burgess and guild-master falls dead across his horse, Crowner John declines to hold an inquest as the man had been complaining of chest pains and shows no signs of injury. Events take a sinister turn, however, when a straw-dolly is discovered hidden under the man's saddle, a spike driven through its heart. The victim's stident wife declares her husband's death to have been the result of an evil spell, cast at the behest of a rival mill-owner who wants to acquire his business. Enlisting the help of her cousin, a cathedral canon with an eye to ecclesiastical advancement, the widow begins a campaign in the name of the Church against witchcraft and the so-called 'cunning women' who practise it. This escalates until Exeter is divided into two camps and a climate of fear predominates. Still the coroner refuses to get involved - until his beloved mistress is accused of witchcraft. Can Crowner John unearth the real culprit and save Nesta from the hangman's noose
Нови книги от тази подкатегория