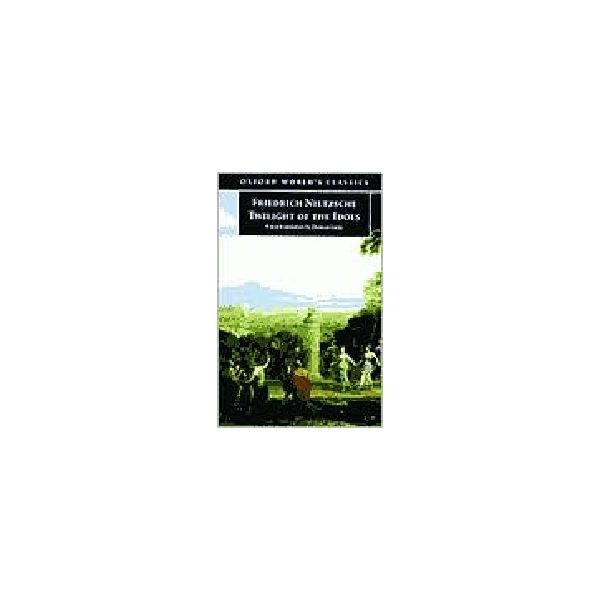 Няма наличност
ISBN
9780192831385
6,90 лв.
Добави към Списък с желани продукти Добави за сравнение
`Anyone who wants to gain a quick idea of how before me everything was...
`Anyone who wants to gain a quick idea of how before me everything was topsy-turvy should make a start with this work. That which is called idol on the title-page is quite simply that which was called truth hitherto. Twilight of the Idols - in plain words: the old truth is coming to an end...' Nietzsche intended Twilight of the Idols to serve as a short introduction to his philosophy, and as a result it is the most synoptic of all his books. Continuing in the spirit of its immediate predecessors On The Genealogy of Morals and The Wagner Case, it is a masterpiece of polemic, targeting not only `eternal idols' like Socratic rationality and Christian morality but also their contemporary counterparts, as Nietzsche the `untimely man' goes roaming in the gloaming of nineteenth-century European culture. He allies philosophy with psychology and physiology, relentlessly diagnozing the symptoms of decadence, and his stylistic virtuosity is such that the sheer delight he takes in his 'demonic' mischief-making communicates itself on every page. A brilliant new translation, this edition provides detailed commentary on a highly condensed and allusive work.
Нови книги от тази подкатегория