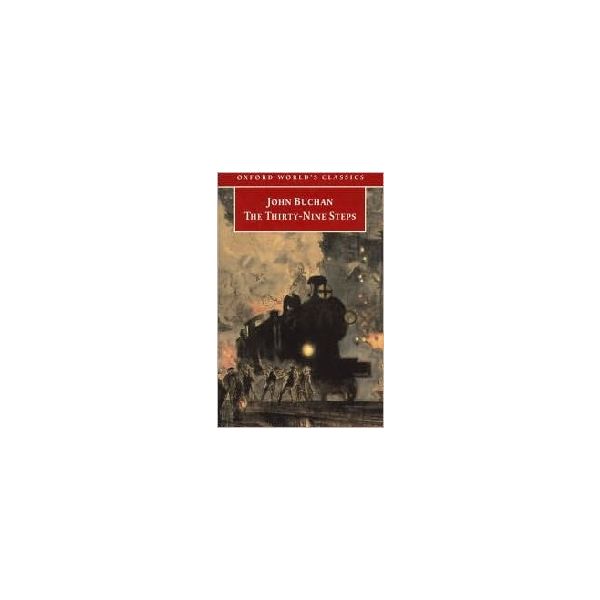 Няма наличност
ISBN
9780192839312
6,90 лв.
Добави към Списък с желани продукти Добави за сравнение
John Buchan wrote The Thirty-Nine Steps while he was seriously ill at the...
John Buchan wrote The Thirty-Nine Steps while he was seriously ill at the beginning of the First World War. In it he introduces his most famous hero, Richard Hannay, who, despite claiming to be an `ordinary fellow', is caught up in the dramatic race against a plot to devastate the British war effort. Hannay is hunted across the Scottish moors by police and spy-ring alike, and must outwit his intelligent and pitiless enemy in the corridors of Whitehall and, finally, at the site of the mysterious thirty-nine steps. The best-known of Buchan's thrillers, The Thirty-Nine Steps has been continuously in print since first publication and has been filmed three times, most notably by Alfred Hitchcock in 1935. In this, the only critical edition, Christopher Harvie's introduction interweaves the writing of the tale with the equally fascinating story of how John Buchan, publisher and lawyer, came in from the cold and, via The Thirty-Nine Steps, ended the war as spy-master and propaganda chief.
Нови книги от тази подкатегория