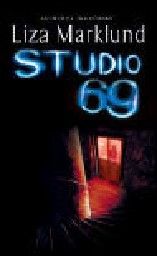 Няма наличност
ISBN
9780743449915
17,90 лв.
Добави към Списък с желани продукти Добави за сравнение
The adrenaline-fuelled prequel to Liza Marklund's bestselling thriller THE...
The adrenaline-fuelled prequel to Liza Marklund's bestselling thriller THE BOMBER Eight years before the sensational events of THE BOMBER, fledgling reporter Annika Bengtzon has just started a summer job at a Swedish tabloid. Before she can even begin to get her bearings in the gritty, fast-paced world of journalism, Annika learns that the body of a young woman has been discovered - raped, murdered and abandoned in a cemetery. A powerful government minister emerges as the prime suspect, with the general election only a few weeks away. Fuelled by ambition, hampered by inexperience, Annika finds herself immersed in a steamy underworld of sex clubs, sinister power plays and a media feeding frenzy. This murder case could become Annika's breakthrough story - or the event that seals her doom.
Нови книги от тази подкатегория