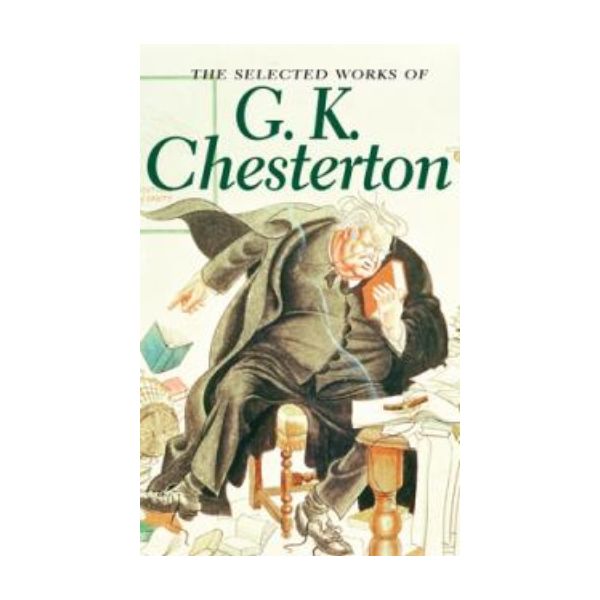 Няма наличност
ISBN
9781840220810
Бъдете първият оценил този продукт
17,90 лв.
Добави към Списък с желани продукти Добави за сравнение
G. K. Chesterton was born in London in 1874. He went to St Paul's School and...
G. K. Chesterton was born in London in 1874. He went to St Paul's School and then on to the Slade School of Art. In 1900, he was asked to write a few magazine articles on art criticism, and from that beginning went on to become not only one of the most prolific writers of all time but, in the opinion of some, the best writer of the twentieth century. Chesterton, an absent-minded, overgrown elf of a man, standing 6 feet 4 inches tall and weighing around 21 stone, was a well-known figure invariably to be seen in voluminous cape and crumpled hat, with tiny glasses pinched to the end of his nose and swordstick in hand.Despite a chaotic life-style this was the genius who wrote The Everlasting Man , a book which led a young atheist named C. S. Lewis to become a Christian; The Napoleon of Notting Hill , a novel which inspired Michael Collins to lead a movement for Irish Independence; and, an essay in the Illustrated London News that inspired Mahatma Gandhi to lead a movement to end British colonial rule in India. He wrote countless books, poems, plays, novels and short stories - most famously those about his creation, the priest-detective Father Brown. In 1909 Chesterton moved with his wife to Beaconsfield, at that time a village near to London, and in 1922 he converted to Catholicism. He died on 14 June 1936, at his home and is buried in the Beaconsfield Catholic Cemetery.
Напишете вашето мнение
Нови книги от тази подкатегория