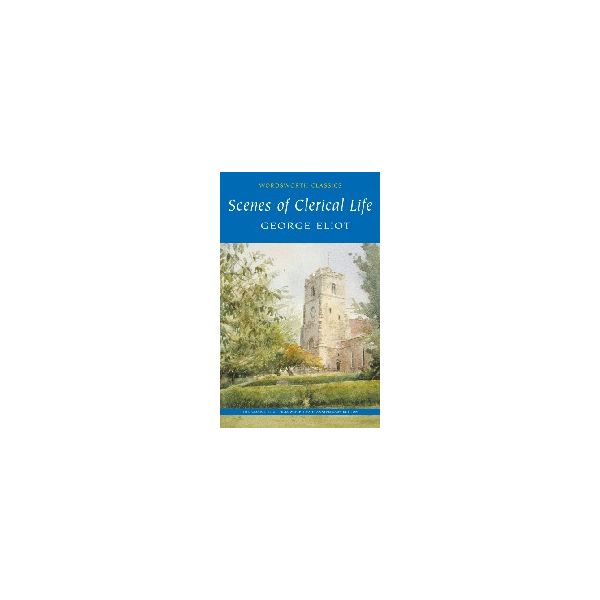 Няма наличност
ISBN
9781840226218
4,90 лв.
Добави към Списък с желани продукти Добави за сравнение
With an Introduction by Graham Handley Who was the Countess and why does she...
With an Introduction by Graham Handley Who was the Countess and why does she selfishly ingratiate herself into the poor household of Reverend Amos Barton, curate of Shepperton The effect on his wife and family, and the responses of his congregation are shown in this, the first of George Eliot's works of fiction, and one of three short stories, which comprise Scenes of Clerical Life. The Reverend Maynard Gilfil, humble chaplain at Cheverel Manor, was quietly in love with Caterina, a young beauty of Italian extraction living at the manor. But she loved the heir to the estate, Captain Wybrow. Why does she prowl round the grounds at night with a dagger in her pocket All is revealed in 'Mr Gilfil's Love Story', the second of the 'Scenes'. Why is the town of Milby so upset by the prospect of lectures from a young evangelical clergyman, Edgar Tryan What is the connection with the influential lawyer, Robert Dempster Beneath the respectable surface Dempster is a violent drunk who abuses his wife Janet, already herself struggling with alcohol. Janet turns to Edgar Tryan for help. The third 'Scene' is 'Janet's Repentance', a story with remarkably contemporary resonances and proof of George Eliot's ability to enlighten and interest modern readers. These stories were the first of George Eliot's published work, appearing in Blackwood's Edinburgh Magazine in 1857. This edition is published in conjunction with The George Eliot Fellowship to celebrate the 150th anniversary of this event.
Нови книги от тази подкатегория