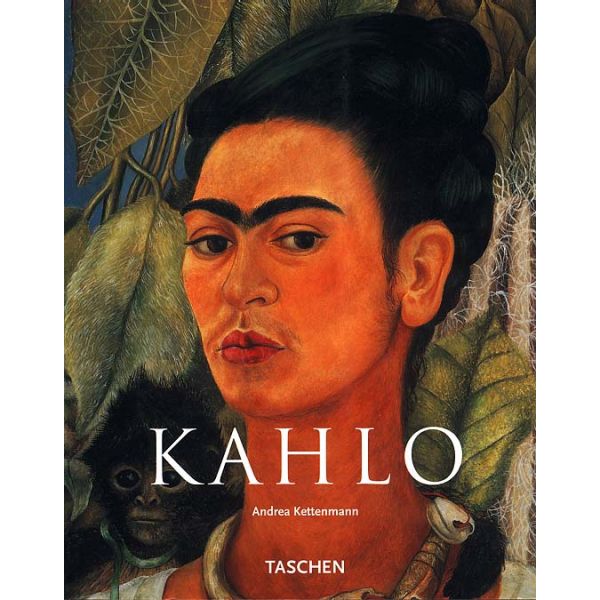 Няма наличност
ISBN
9783822859834
Бъдете първият оценил този продукт
16,00 лв.
Добави към Списък с желани продукти Добави за сравнение
Frida Kahlo - painter of pictures expressing the burdens that...
Frida Kahlo - painter of pictures expressing the burdens that weighed upon her soul The Mexican artist Frida Kahlo (1907-1954) is one of the most important 20th century painters, and one of the few Latin American artists to have achieved a global reputation. In 1983 her work was declared the property of the Mexican state. Kahlo was one of the daughters of an immigrant German photographer and a Mexican woman of Indian origin. Her life and work were more inextricably interwoven than in almost any other artist's case. Two events in her life were of crucial importance. When she was eighteen, a bus accident put her in hospital for a year with a smashed spinal column and fractured pelvis. It was in her sick bed that she first started to paint. Then, aged twenty-one, she married the world-famous Mexican mural artist Diego Rivera. She was to suffer the effects of the accident her whole life long, and was particularly pained by her inability to have children. Kahlo's arresting pictures, most of them small format self-portraits, express the burdens that weighed upon her soul: her unbearable physical pain, the grief that Rivera's occasional affairs prompted, the sorrow her childlessness caused her, her homesickness when living abroad and her longing to feel that she had put down roots, profound loneliness. But they also declare her passionate love for her husband, her pronounced sensuousness, and her unwavering survival instinct.
Напишете вашето мнение
Нови книги от тази подкатегория