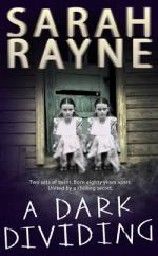 Няма наличност
ISBN
9780743450904
17,90 лв.
Добави към Списък с желани продукти Добави за сравнение
Journalist Harry Fizglen is sceptical when his editor asks him to investigate...
Journalist Harry Fizglen is sceptical when his editor asks him to investigate the background of Simone Anderson, a new Bloomsbury artist. But once he's met the enigmatic Simone, Harry is intrigued. Just what did happen to Simone's twin sister who disappeared without trace several years before And what is the Anderson sisters' connection to another set of twin girls, Viola and Sorrel Quinton, born in London on 1st January 1900 All Harry's lines of enquiry seem to lead to the small Shropshire village of Weston Fferna and the imposing ruin of Mortmain House, standing grim and forbidding on the Welsh borders. As Harry delves into the violent and terrible history of Mortmain, in an attempt to uncover what happened to Simone and Sonia and, a century before them, to Viola and Sorrel Quinton, he finds himself drawn into a number of interlocking mysteries, each one more puzzling -- and sinister -- than the last.
Нови книги от тази подкатегория