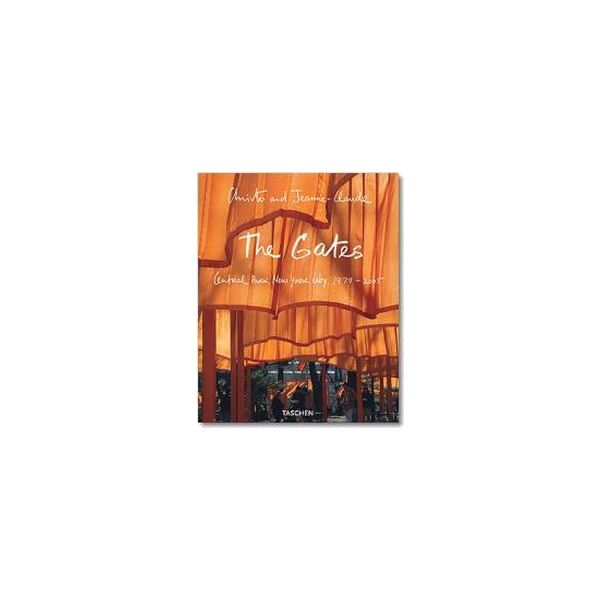 Няма наличност
ISBN
9783822842423
Бъдете първият оценил този продукт
33,00 лв.
Добави към Списък с желани продукти Добави за сравнение
In February 2005, Christo and Jeanne-Claude completed a monumental work of art...
In February 2005, Christo and Jeanne-Claude completed a monumental work of art in New York City’s Central Park. First conceived in 1979 but rejected by New York City government in 1981, the project, featuring 7500 16-foot-high vinyl gates lining the park’s paths from which hang from saffron-colored fabric panels, was finally approved by the governor in 2003. Seen from the buildings surrounding the park, The Gates looked like a golden, flowing river, while those walking through them experienced the ambience of a fluid, golden ceiling. Financed entirely by artists through their C.V.J. Corporation, The Gates were fabricated and assembled in local factories and installed by local workers, thus providing employment for thousands of New York City residents. Unrolled on February 12, “Flowering Day,” The Gates remained in place for sixteen days, after which they were disassembled and the materials recycled. The installation was free for all visitors, who continued to use Central Park undisturbed during the whole process. This book, which documents the entire project from its beginnings in 1979 to its completion in 2005, is the perfect souvenir for who want to remember this ephemeral work of art.
Напишете вашето мнение
Нови книги от тази подкатегория