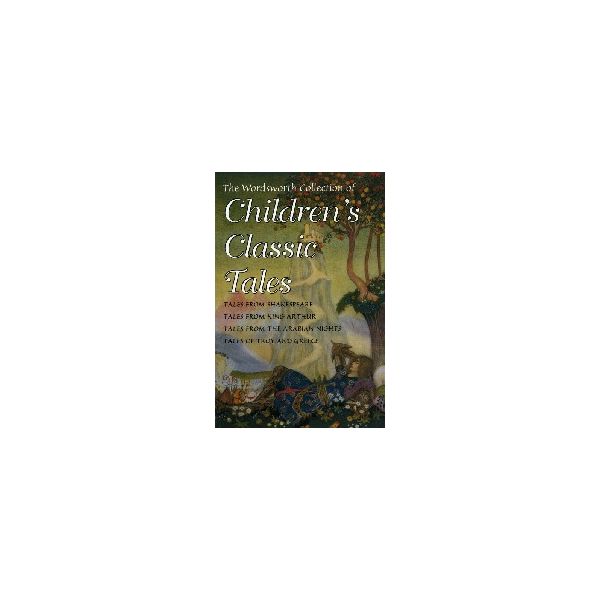 Няма наличност
ISBN
9781840220636
Бъдете първият оценил този продукт
17,90 лв.
Добави към Списък с желани продукти Добави за сравнение
Tales from Shakespeare, written by Charles and Mary Lamb as an 'introduction to...
Tales from Shakespeare, written by Charles and Mary Lamb as an 'introduction to the study of Shakespeare', are much more entertaining than that. All of Shakespeare's best-loved plays, comic and tragic, are retold in a clear and robust style. Illustrated by Arthur Rackham. Tales from King Arthur, edited by Andrew Lang, takes the reader into the romantic world of the gallant Knights of the Round Table. It tells of their brave and chivalrous deeds, fair maidens, the quest for the Holy Grail, and the tragic love of King Arthur for Guinevere. The most potent of the mist-enshrouded tales of adventure passed down from pre-recorded history, the Arthurian legends have as much appeal today as they did in the days of the troubadors. Tales from the Arabian Nights, also edited by Andrew Lang, tells of the beautiful Scheherazade. Her husband has threatened to kill her, so each night she diverts him with tales of fantastic adventure, leaving each story unfinished so that he spares her life to hear the ending on the morrow. Illustrated by H.J Ford, the tales include Aladdin, The Enchanted Horse, Sinbad the Sailor and the great Caliph of Bagdad, Haroun-al-Raschid. Tales of Troy and Greece allow Andrew Lang to draw on his classical knowledge to retell the Homeric legend of the wars between the Greeks and the Trojans. Paris, the lovely Helen of Troy, Achilles, Hector, Ulysses, the Amazons and the famous Wooden Horse all feature in this magical introduction to one of the greatest legends ever told.
Напишете вашето мнение
Нови книги от тази подкатегория