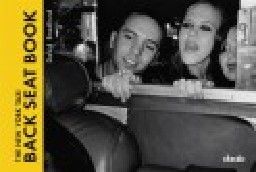 BACK SEAT BOOK. David Bradford. “daab“
Преминете към началото на галерия със снимки
David Bradford is a photographer and New York City taxi driver, who epitomizes the concept of carrying a camera during regular day-to-day activities. Bradford mainly shoots while he’s working, capturing the essence of New York City in all its human, architectural and climatic diversity. In his second book, he presents a selection of his passengers, which sat down at his backseat. The result is a collection that captures the breadth of humanity - the whole world of people - that can pass through the back seat of a New York City taxi.
Нови книги от тази подкатегория